Let's face it, we have all sat in a seminar lecture being visually bored by data presented in bar graphs that look like a TNT detonator box. Then in brief moment it all changes—the presenter asks for the lights to be dimmed. You sit back and reach for the snack (unless your seminar series doesn’t provide food in which case why are you even there?). The presenter’s mouse moves to the corner and clicks the triangular play button. An image flashes upon the screen, the dark room creates the allure of theater and the bright colors on the screen feel like you’re viewing Wizard of Oz with Technicolor. These theatrical slides were no accident—they were the work of microscopy. Today, there are many different microscopy techniques biomedical researchers use that stun seminar audiences, yet grasping how they work and understanding their research uses is an arduous task.

Herein we will cover:

-The basics of how the work.

-Some areas of research where they are used.

There are several types of microscopes that are under the category of light microscopes. The core aspect is they all use different types of light (ultraviolet through visible to infrared) to excite/illuminate the sample and collect the image.

Bright-field microscopes are by far the most common type of microscope you will encounter. These microscopes are used at all ages, so you have probably encountered one if you think back to middle school or high school biology class. It works by focusing light from an illuminator into a condenser lens which focuses all the light rays into the specimen. This light is differentially transmitted, absorbed, reflected, or refracted by different structures of the specimen, producing the image you observe through the eyepiece.

Bright-field microscopes are used in biomedical research primarily for cell phenotyping, and cell counting as they are very cheap relative to other methods. In terms of contributions to the biomedical sciences, the primitive bright-field microscope (i.e. compound microscopes) can be credited with discovering red blood cells, immune cells, sperm cells, and various microorganisms. In fact much of the acceptance of germ theory and drinking water reform was in part due to compound microscopy.

Dark-field microscopy is very similar to bright-field microscopy but with a modification to the condenser. An opaque light stop disc is placed between the illuminator and the condenser lens which blocks most of the light producing a hollow cone of light that hits the specimen. The only light that reaches the objective is light refracted or reflected by structures in the specimen. The resulting image shows bright objects on a dark background.

In biomedical research darkfield microscopes are commonly used as a diagnostic for Treponema pallidum (causative bacteria in syphilis) in clinical specimens. The technique is also useful for demonstration of the motility of flagellated bacteria and protozoa.

Phase-contrast microscopy creates altered wavelengths of light to generate high-contrast and high-resolution. To create altered wavelengths paths, an annular stop is placed in the condenser. The annular stop produces a hollow cone that hits the specimen before reaching the objective. The objective contains a phase plate with a phase ring. Now, light traveling from the illuminator passes directly through the phase ring while refracted or reflected light passes through the plate. This causes light waves traveling through the ring to be one-half wavelength out of phase with those passing through the plate. Since waves have amplitude and periodicity this cause waves to add together (in phase) or cancel each other out (out of phase).

Phase contrast microscopes do not require cells to be killed, fixed or stained so it allows visualization of cells in their natural state. The invention of phase contrast, which was rewarded the Nobel Prize in 1953, allowed for biologists to study living cells and how they proliferate through cell division. Famously, Shinya Inoue used this approach to describe mitosis in detail prior to discovery of the molecules that made up the mitotic process which we now know are microtubules. It is one of the most widely used microscopy techniques today due to its ability to quantify cellular structure and components without the need for fluorescence.

DIC is used for imaging live and unstained biological samples, such as a smear from tissue culture or water borne single celled microorganisms. The resolution and clarity in these conditions are unrivaled among other standard optical microscopy techniques.

Fluorescence microscopes rely on a fluorescent entity (molecule or protein) which by definition are capable of absorbing energy from a light source and emitting this energy as visible light.

Fluorescence microscopy is a key contributor to biomedical research. In the 1960s green fluorescent protein was discovered and enabled endogenous protein labeling in living organisms which revolutionized biological research. More fluorescent proteins were developed (e.g. YFP, mCherry) allowing researchers to track two-proteins independently and monitor their interaction. This technique in addition to immunofluorescence has been critical to understand the location and dynamics of specific organelles and proteins inside living cells. One technique, fluorescence resonance energy transfer (FRET), allows researchers to determine if proteins are within 10 nm of each to other. More recently, since fluorescence can be carried out on living cells, drug screening assays, such as with the incucyte, can be used to determine drug or gene deletion effects on cell movement, growth and viability in real time.

Unlike other light microscopes which create an image focused at a single distance (z-plane), a confocal microscope uses a laser to scan multiple z-planes. Upon scanning acquisition of different individual z-planes, a three-dimensional image can be created by a computer.

Given the ability of confocal microscopy to generate a three-dimensional image, researchers recently have applied this technique to image tuberculosis infected lungs to monitor antibiotic uptake. A challenge in treating tuberculosis is the antibiotics must reach and enter every infected cell to be effective. Therefore being able to see where antibiotics travel within the lung space contributes to our understanding of current antibiotics and informs future therapeutic developments.

Two-photon microscopes use a scanning technique, fluorochromes and infrared light to visualize specimens. It is called two-photon because the low energy associated with longer wave lengths of light requires that two-photons must strike a location at the same time to excite the fluorochrome. Two-photon imaging is applied in intravital microscopy and deep tissue imaging due to the non-destructive low energy light used.

Although cost is a major barrier for two-photon systems, one area of biology that has benefited tremendously from the technique is immunology. Many important lymphocyte behaviors, such as antigen recognition, take place deep in densely populated lymphoid tissues. Knowledge about T cell development and B cell-T cell chemotaxis have been aided by this microscopy technique. Another area of research that has benefited from the incorporation of two-photon microscopy is infectious disease. The life cycle of malaria parasites involves infecting the liver. Two-photon imaging revealed parasites enter through Kupffer cells lining the liver sinuses, a fact unknown at that time. Tumor biology has also benefited from the incorporation of two-photon microscopy. Multiphoton intravital microscopy (IVM) has been used to monitor cell migration in tumors and metastasis. The IVM technique has revealed new roles for macrophages, the extracellular matrix, and stromal cells during tumor cell invasion. Beyond oncogenesis, IVM can been used to monitor responses to anti-angiogenic drugs which are used to destroy tumor vasculature. Surprisingly, results with IVM revealed these therapies may actually be working to normalize the tumor vasculature rather than destroy it.

A transmission electron microscope (TEM) is somewhat analogous to a bright-field light microscope. It uses an electron beam from above the specimen that is focused with a magnetic lens and projected through the specimen onto a detector. The image is created by varying opacity in the specimen.

Scanning electron microscopes (SEM) form images of the surfaces of specimens by collecting electrons that are freed off of the specimen surface by a beam of electrons. SEM generates a highly structured image with a three-dimensional appearance.

Electron microscopy is commonly used in research to look at things smaller than light resolution allows (<0.2 um). One relevant example is the pandemic coronavirus. The etymology of the coronavirus comes from Latin, corona, meaning crown, which is named due to the coronavirus’ envelope protein which gives a “crown”-like appearance under electron microscopy. Beyond viral imaging, electron microscopy can be further adapted under extremely cold temperatures for imaging protein macromolecules with a technique known as cryo-electron microscopy (cryo-EM). Awarded the 2017 Nobel Prize, cryo-EM plays an important role in drug discovery programs, especially for targets that have proved difficult to structurally characterize, such as membrane proteins. Membrane proteins represent approximately 30% of all known proteins and are over 60% of drug targets, yet they represent only 2% of crystal structures. Advances in cryo-EM have provided structures for therapeutically relevant targets such as gamma secretase, human ether-à-go-go-related K+ channel (hERG), Piezo, and cystic fibrosis transmembrane conductance regulator (CTFR).

Scanning probe microscopes do not use light or electrons, but rather extremely sharp probes that are passed over the surface of the specimen and interact with it directly.

Scanning tunneling microscopy (STM) uses a probe that is passed just above the specimen as a constant voltage bias creates the potential for an electric current between the probe and the specimen. The probe is then moved parallel to the specimen surface and intensity of the current is measured via a physical effect known as quantum tunneling. STM maps the structure of surfaces at a resolution at which individual atoms can be detected.

AFM is being used in biomedical research for the study of novel drug targets, such as proteins. Membranes with embedded crystallized proteins can be scanned and the topography can reveal protein structures. Another use is AFM-based drug discovery either by testing the interactions of drugs with model receptors or by testing the contact of the novel drug candidate with target cell membranes. One advantage AFM has in the drug discovery regard is cell membranes form impenetrable barriers for candidate drugs. As such, drugs require expensive delivery systems. AFM has been proposed as a benchmark method for determining if appropriate drug candidate and delivery system can pass through lipid membranes. Technically this is accomplished by applying drug nanocarriers to a model membrane. A determination on permeability can be made because clear morphological changes occur following interaction with drug nanoparticles which can be detected by the AFM. 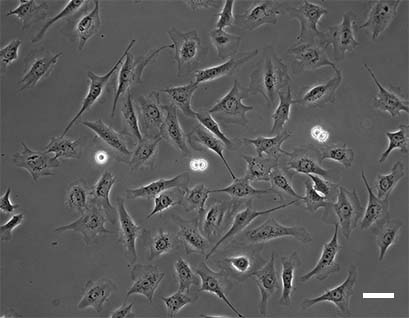 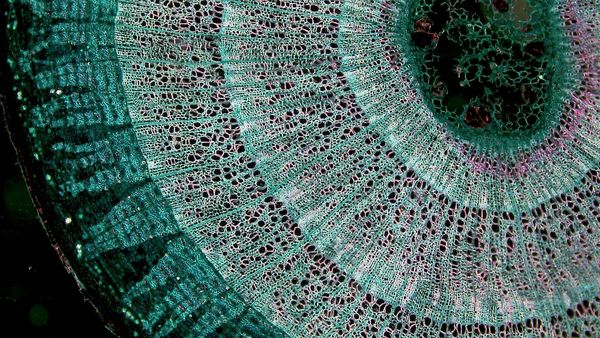