In a nutshell, deconvolution is a post-processing step that makes images appear “sharper,” or more in focus, and helps you resolve the finer details of your image.

When you collect an image with a microscope, the image you get isn’t a perfect representation of your sample--it’s distorted, or convoluted, which can make the specimen you’re imaging appear blurry or out of focus.

But let’s say you know exactly how your images are being convoluted by your imaging system. Hypothetically, it should be possible to take a final image and “work backwards” to figure out what the original image would have looked like pre-convolution.

This is what deconvolution does--it uses a mathematical algorithm to reverse convolution and generate a sharper image. But where does the “convolution” come from, and how can it be reversed?

How Does Deconvolution Work?

The reason why images become convoluted has to do with the limits of microscopy imaging systems. As light passes from your sample through the optical path of the microscope, it spreads out, or becomes diffracted. This creates blur, which causes the final image to appear less sharp.

Because we understand how our imaging systems work, we can account for blur by modelling light diffraction. This is primarily how deconvolution works--by removing blur. (For this reason deconvolution algorithms are sometimes known as “deblurring” algorithms.)

To model how blur affects an image, we use a point spread function (PSF). The PSF is simply the mathematical formula for how light spreads through a system after it is emitted from a certain point, or light source.

Every imaging system has its own PSF, which can change based on the wavelength of light being collected, the numerical aperture of your objective lens, and the refractive index of your immersion medium.

To achieve deconvolution, you typically need to figure out the point spread function of your system. One option is to estimate your theoretical PSF based on a mathematical model of your system (using tools like a PSF Calculator, or the Diffraction PSF 3D plugin for ImageJ).

The true PSF of your system, however, can be different from the theoretical estimate, so It’s usually recommended that you measure your PSF experimentally. Measuring your empirical PSF involves taking images of small fluorescent beads which act as point sources of light. These images can then be used by your deconvolution software to calculate your PSF.

Importantly, the PSF for most imaging systems isn’t perfectly uniform--it can vary depending on the imaging location, depth, and even over time. Most deconvolution methods assume that the PSF is consistent throughout the image, meaning that large variations in the PSF can interfere with the deconvolution process. As we’ll see later, current research is focused on finding ways to more accurately estimate and account for variations in the PSF.

There are a multitude of algorithms out there that can be used to achieve deconvolution. Which one you use most often depends on the software: while some programs allow you to choose from a few different methods, others use their own proprietary algorithms.

The first class of algorithms are known as inverse filters, which work by taking an image and using the PSF to back-calculate what the “original,” or deconvoluted, image would have looked like before blurring. These algorithms are the simplest, fastest, and least computationally expensive. However, they are sensitive to noise and can introduce more artefacts into the image.

In addition to inverse filters, there are also iterative algorithms, which work by performing multiple iterations to produce a final deconvoluted image. In a nutshell, these algorithms work by estimating the original image, blurring it using the point spread function, and comparing the blurred estimate to the real image. The estimated image is updated, and the process repeats. Iterative algorithms tend to perform better than inverse filters at deconvolution, but are much slower and more computationally intensive [1,2].

Blind Deconvolution algorithms have the potential to make deconvolution methods much simpler by removing the requirement of figuring out your PSF. However, blind deconvolution is challenging both in concept and in practice, and for that reason they’re not yet widely available.

Why do Biologists use Deconvolution?

In addition to improving the appearance of fluorescent images, deconvolution can help biologists to distinguish small or subcellular structures by improving image resolution.

Confocal microscopes are designed to capture higher-resolution images than wide field microscopes--they use a pinhole to remove light that is not in focus. However, blur can still affect images captured by confocal microscopes, particularly when imaging thick specimens, and can still be improved by deconvolution methods.

Finally, even though we tend to think of advanced imaging methods like light sheet imaging and structured illumination microscopy to be extremely high resolution already, researchers have developed deconvolution methods for these systems as well [3,4].

How can AI be used for Deconvolution?

The challenges posed by deconvolution--especially to the problem of variable PSFs--has led to the idea to apply deep learning to deconvolution.

Most deep learning-based approaches to deconvolution attempt to use a Convolutional Neural Network to account for aberrations and estimate a more accurate PSF, before applying a more “conventional” deconvolution algorithm [5-8].

Tools for Biologists to do Deconvolution

If you’re interested in getting started with deconvolution using your own images, you can find a number of options for software, both free and for purchase.

The most popular open-source softwares for deconvolution are ImageJ plugins, particularly DeconvolutionLab2 (which can also be used with Matlab or as a stand-alone program) [1]. This plugin allows you to choose from a variety of algorithms, both linear and iterative.

Additionally, one can use the Iterative Deconvolve plugin, paired with the Diffraction PSF 3D plugin for generating a theoretical PSF.

Many microscope-specific softwares come with deconvolution capabilities as part of their image processing packages, but you can also find deconvolution programs in for-purchase softwares such as Huygens software, AutoQuant , Imaris, and Velocity.

The finer details of the deconvolution process, including the math behind the point spread function and deconvolution algorithms, are beyond the scope of this article. If you’re interested in diving deeper into deconvolution, you can find more internet resources below:

If you have more questions, you can reach out to use at nicholas@biodock.ai. Also check out Biodock’s product suite to learn more about our solution to image analysis. 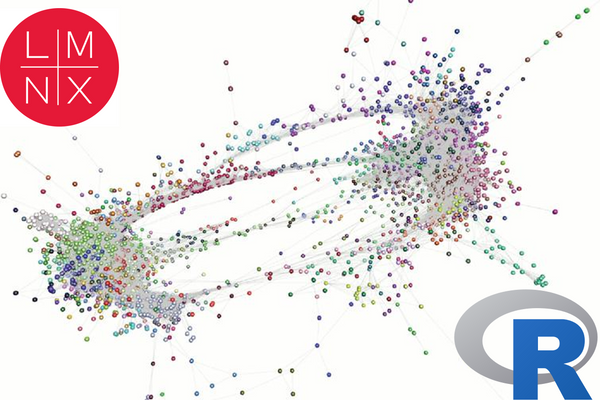 If you’re a scientist working in biomedical research today, chances are the datasets you’re working with are getting bigger and bigger. In this article, I’ll be describing several real-life analysis solutions involving large datasets, written for non-computational biologists.